Picked up by the police, only seventeen
What did he do, what did he say?
His father left him as a little boy
His mother turned tricks just to buy his toys

Years later, nothing much has changed
Liquor, drugs and gangs have made him a man
Living in the streets in a world of his own
He stops and watches his heart turn to stone

The pain got too great, an eventual suicide
Fear and anger were trapped deep inside
If only Johnny could have opened up his heart
Then me and Johnny wouldn't never had to part

He's tired of running the vicious circle
He loaded and cocked his .45
But Johnny wasn't crazy
He was just a frightened boy

Oh,
How many Johnnys must there be?
Oh Johnny
How I wish you were here 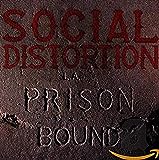