'Cause I'm a heavy-drinking hard-hitting good ol' boy
There ain't a man in this county that you keep me employed
Can't stay sober past 11 a.m
My breath smells like my regrets again

I had a woman in Wisconsin, and a woman in Maine
But they told me that they'd never love a man so insane
I head to Oklahoma with the flask and a comb
Do my best to find another place I can roam

[Bridge:]
Now there's sand in my boots
Sand in my eyes
Sand everywhere that sand can hide
How I miss those downtown girls
And that whiskey river that ruined my world
Oh, Uncle Sam I wanna go home 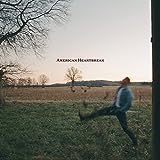