Cast down my crown to worship You in spirit and truth
As I see You on the throne, I see Your train fills the roof
I'm on bended knees, hands extended closed eyes
Holy, Holy, Holy is Lord the Most High
Woe is me, I'm a man with unclean lips
And I live amongst a people whose on the same trip
Then one seraph flew to me with coal in his hands
He touched me on my lips, said I was a brand new man
As the foundation shook He's asking, who shall He send
I said, Send me Lord, I commit to faithful men
Sometimes Lord, I feel like I don't give You enough
The kind of pure joy to persevere when times get tough
So I keep a concentrated relationship fixed on You
I keep my eyes to the hills so I can have a right view
I stand in awe of You
How You measured the earth with the palm of Your hand
And yet and still you want to be friends with such an unclean man
So like John I fall prostrate on this island of life
I worship You, recognizing You in power and might
Glory and light, eternal in sight, blameless and right
Creator of life, Thief in the night, Jesus the Christ

[Chorus:]
I see the Lord
Seated on the throne
Exalted
And the train of His robe
Fills the temple with glory
And the whole earth is filled [3x]
With His glory

The sun suspends in the air
I can feel Your winds everywhere
You care to the grains of my hair
Divine works all around me
I can't get past the evidence
The fact that You're invisible to me is irrelevant
I know You're heaven sent, straight to the virgin birth
Gave me a second chance even after man's curse
A third, a fourth, a fifth and a sixth
You wore my crown of thorns
You took my licks as they spit in Your face
Off the cross a sinner You embraced
Now I understand whats the meaning of grace
I war against the flesh
Can't wait till the day that You come
'Cause everday I'm rewriting Psalm 51
From the weak to the dumb
You make us shine like pearls
Got a new engagement
Broke up with that Girl named World
The relationship was unfruitful, I was Satan's pupil
They told me You was an unfair God, I believed those lies
I know the truth now, 'cause You've been fair since creation
Man fell and then You gave man emancipation
I know the saying one sin can make man fall
But with one drop of blood, He can save us all
I'm a living sacrifice, I lay my life upon the altar
I pray to have faith that don't forsake You like a martyr
I have a desire, that's to know You more
I have no choice to live holy, 'cause I see the Lord

[Isaiah 6:3-8]
For the whole earth is full of His glory
And the foundations of the threshold trembled
At the voice of Him Who called out
While the temple was filled with smoke
I said to myself, Woe is me, for I am ruined
Because I'm a man with unclean lips
And I live amongst a people with unclean lips
For my eyes have seen the King, the LORD of Hosts
Then one seraphim flew to me
With burning coals in his hand
He touched me on my lips
Said my iniquity is taken away
And my sins forgiven
Then I heard the voice of the LORD say
Who shall I send?
Who will go for us?
Then I said
Here I am
Send me 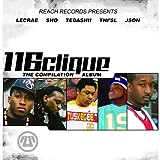